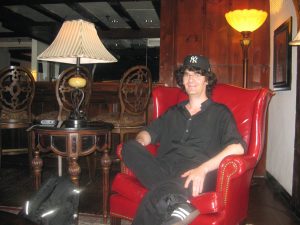 On Sunday, September 9, 2012, the first ever pro-circumcision and Jewish (and Muslim) life rally in Germany, was held in Berlin. In May 2012 a Cologne court ruled against a Muslim circumcision and generalized that the rights of children are threatened by every single circumcision, regardless at what age it is made.

This is probably the most hardcore attack by a first world country against the practice of Brit Milah and Jewish life in recent decades. Jews and Muslims are extremely irritated, sad, and frightened.

At the event, in downtown Berlin, one of the rabbis openly said that circumcision, the Brit Milah, is seen by Jews as a connection with god, and is among the observances that almost all Jews, regardless if they are true believers, orthodox, liberal, agnostic, non-believing, atheist or whatever, practice. At the rally he said that over 90% of Israeli male Jews are circumcised and that it is an essential part of Israeli and Jewish identity.
Interestingly, the German activists behind the anti-circumcision fervor, actually believe they are being seen as pro-Israel, but their Israel is a fantasy Israel with no Judaism.

Some 300 people joined the rally, orthodox rabbi Yitzchak Ehrenberg as well as liberal Rabbi Tovia Ben-Chorin spoke, united on the podium. The event was organized by the Berlin based Forum for Democracy and against Antisemitism (JFDA), lead by former head of the Jewish Community of Berlin, Lala Süsskind, and her colleague Levi Salomon. They are both known for their tireless efforts to fight against all forms of anti-Semitism.

A few weeks ago, they organized another rally against the anti-Zionist and anti-Semitic al-Quds day, an Iranian propaganda event to denounce Israel and its capital, Jerusalem. At the rally to protect circumcision, the head of the (liberal) Turkish Community in Germany, Kenan Kolat, spoke as well in support of the Jewish fight against the anti-circumcision climate in Germany. A young German-Turkish actor gave his first speech ever, because he was so upset about the discussion in Germany.
Earlier, organizations like the Giordano-Bruno Foundation (known for their work against Islamism, too) announced that they are going to launch a campaign later this month to attack circumcision and to fight for the “rights of children,” and against the decision-making of parents vis-à-vis the Brit Milah. Jews are accused of abusing children, in effect, if not intent. This is a new form of blood libel, framed in nice German words, always suggesting that Germans love children. In fact many Germans hate Jews and Judaism and some do not like children either. These worrying developments provided the backdrop for the important rally.

Several Israeli flags were displayed at the event, too. However, compared with a rally just a week ago prompted by an anti-Semitic attack against a rabbi on the streets of Berlin by (according to eye-witnesses) German-Arab-Muslim youngsters, where some 1500 people, many Christians among them, showed up, the 300 people were a small group.

The very same Christians and liberal Germans who always love to pretend to be open-minded and pro-Jewish, dislike Judaism as soon as it comes to circumcision. The political elite in Germany did not show up at the event, with the exception of one social democratic Member of Parliament, who did not join the rally in his political function as vice President of the German Bundestag, rather as an individual. This speaks volumes.

In recent weeks there has been a huge debate over circumcision in many parts of German society. Right-wing extremists like those writing for the website Politically Incorrect (known for its support of groups like the party Die Freiheit, the Bürgerbewegung Pax Europa, the so called Pro-Germany movement and the campaign “Stop the left” or “Linkstrend stoppen”) said that Jews will not have a place in Germany if they keep on practicing circumcision. 600 mainstream doctors and others published a letter in leading conservative daily, the Frankfurter Allgemeine Zeitung, arguing against circumcision. Others, like marginal left-winger and NGO-activist (in Iraq and the Middle East) Thomas von der Osten-Sacken, equated Brith Milah more or less with female genital mutilation (FGM). They’ve lost perspective and run riot.

It is also interesting to note that the very same people who have opposed the anti-Zionist Judith Butler, who will be awarded the prestigious Adorno-Prize on September 11, 2012, in the city of Frankfurt, now attack Judaism and the Brit Milah. Their opposition to anti-Zionism contradicts their anti-Jewish feelings (framed as pro-child ideology).

A tiny journal in Berlin, called Bahamas, closely related to the publishing house Ça ira, has pretended to be pro-Israel in recent years. They publish articles against Islamism, anti-Semitism and hatred of Israel. However, they urged their readers and followers in a short statement on September 4 not to join the pro-circumcision rally because they detest “religious traditions.”

They support Israel but have an Israel in mind without circumcised Jews. Maybe they just want a female Israel with a few un-circumcised gentiles?

The Bahamas journal is not favored by Anti-Zionist Germans and the German state. However, self-declared friends of Israel seem to like the publication, despite its urging of its followers not to join a Jewish (and Muslim) rally to protect Judaism, Jewish tradition and circumcision. Bahamas was not just silent about the pro-circumcision rally. They were so outraged about this Jewish practice that they urged their “friends of Israel” not to participate in the event. Non-Jewish Germans explaining what it really means to be pro-Israel. That’s fun.