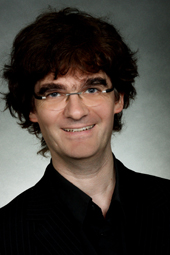 Besuch in Amerika – plus Vortrag zu Critical Theory and Zionism